if you look up bobo in a spanish english dictionary, this is what you get: 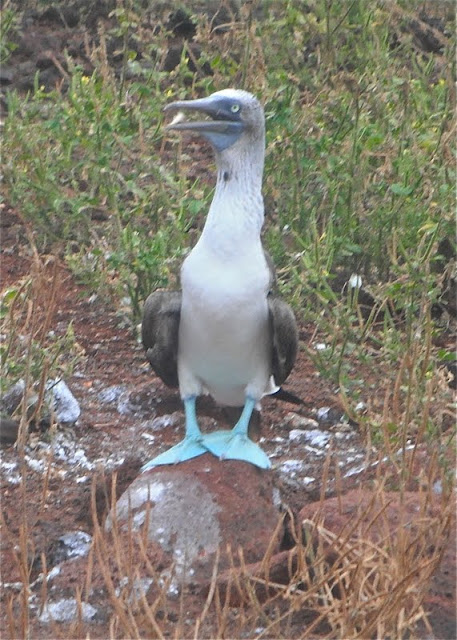 nowadays, no touching!! like all animal life in the galapagos, they are well protected and human nuisance is kept to a minimum ... we were certainly close enough to them that if we had wanted to pick them up, we could have ... not sure what the reaction of the bird would have been, but they were that close to us ... 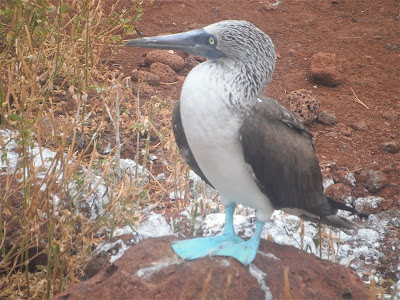 we went to bartholome on monday, and on the way saw a nesting sight for masked boobies, but on tuesday, on our panga from the boat to shore, we saw blue footed boobies in the rocks ...LOOK!! blue feet!! it was astonishing to see ... and little did we know just how much more we would see of the species ... they are delightful!!! (delightful is such an underutilized word!!) 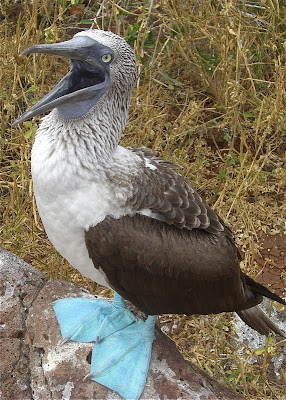 so on north seymour, we saw blue footed boobies over and over and over again .... they have blue, blue, blue feet ... the bluer the feet, the more desirable they are to the opposite sex ... we literally saw dozens of them, some doing mating dances, some nesting, some standing right on our narrow path, making it impossible to follow the galapagos rules to ALWAYS stay on the path and NEVER go within two meters of an animal .... 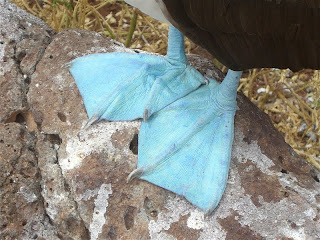 shrink on the couch said...

the inspiration for blue suede shoes?